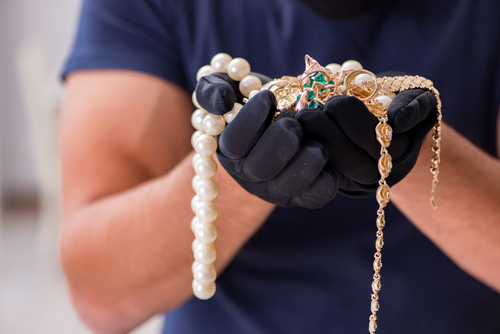 In most jurisdictions, there are several laws centered around theft crimes and the activities and circumstances surrounding theft crimes. In North Carolina, like most jurisdictions, some of those laws involve circumstances in which the defendant is found in possession of stolen goods. In this blog, we will discuss the charge of Possession of Stolen Goods. Like all our blogs, this is intended for general informational purposes only and not intended as a substitute for the advice and counsel of a criminal defense lawyer.

The Crime of Possession of Stolen Goods

“If any person shall possess any chattel, property, money, valuable security or other thing whatsoever, the stealing or taking whereof amounts to larceny or a felony, either at common law or by virtue of any statute made or hereafter to be made, such person knowing or having reasonable grounds to believe the same to have been feloniously stolen or taken, he shall be guilty of a Class H felony…”

Punishment for Possession of Stolen Goods

When someone is charged with a crime, there are only about three ways that the case will end: a dismissal, a plea, or a criminal trial. In a criminal trial, the strategy employed by your criminal defense lawyer would depend on the facts and circumstances of your case.