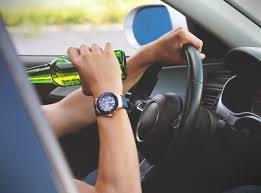 An “open container” charge can be an infraction or a misdemeanor in North Carolina. Either way, it is illegal for a passenger or driver to transport an open container of alcohol.

This blog discusses the open container citation in North Carolina. We often get calls in our office where someone says “I got a ticket for something”.  What some of those people don’t realize is that not all tickets are created equal. Some of these “tickets” are infractions of course, but some of them are issued to give you notice that you have been charged with a crime, and it is a lot more serious than simply getting a traffic ticket.

One such example is a citation for having an open container in a vehicle.  This cane be a misdemeanor and sometimes carries serious consequences. This charge shouldn’t be underestimated just because you weren’t arrested for it during the stop.  In this blog, we will discuss the open container citation.  Like all of our blogs, this blog is intended for informational purposes only, and is not intended as a substitute for the advice and counsel of a criminal defense attorney or a traffic attorney.

It can be. As it applies to the driver of a vehicle, this can be a misdemeanor that follows the North Carolina misdemeanor sentencing guidelines.   This law is covered under North Carolina General Statute 20-138.7, which makes transporting a container of an open alcoholic beverage illegal in the state of North Carolina.  There is a lot covered under this statute, but the most common occurrence that is covered deals with having any open container of alcohol in the passenger area of a vehicle.

Alcohol can be transported in the passenger area of a vehicle, but it must be in the sealed manufacturer container that I was purchased in, and it must never have been opened.  When the alcohol is found to be in possession of a passenger or when the driver is in possession but does not have any alcohol in his system, it is typically punished as an infraction, rather than a misdemeanor.

How much trouble can I get in for this?

We have often discussed the collateral consequences of criminal convictions and this potentially has some big ones.  When a driver is convicted of possessing an open container while he has some alcohol in his system or he was consuming, in addition to the fines and jail time that come with any other misdemeanor:

If you have been stopped by law enforcement and were handed a citation or were arrested, it should always be treated seriously. If you are in need of a traffic lawyer or a criminal defense lawyer, contact us.