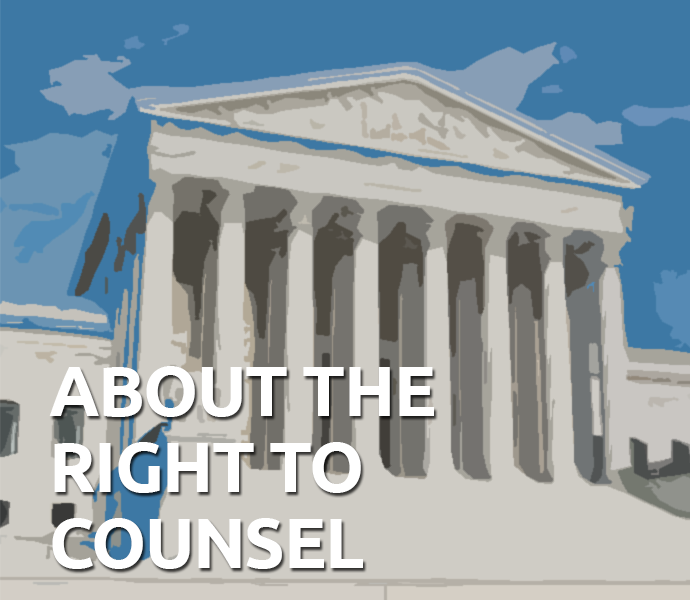 “You have the right to an attorney. If you cannot afford an attorney, one will be provided to you.” We have all heard this song many times before. In fact, you may have read one of our blogs on Miranda Warnings (click here for more). This blog focuses specifically on your right to counsel and when that right attaches.

Where does this right come from?

Most people know of this right but may not know exactly when this right is attached. For example, can you demand an attorney during a traffic stop? What if you are being investigated for murder but have not been charged? Let’s take a look at the sixth amendment right to counsel.

The Sixth Amendment of the United States Constitution

When do I have the Sixth Amendment right to counsel?

This right applies only to criminal proceedings. The right attaches when judicial proceedings have begun against a suspect by means of a preliminary hearing, indictment, arraignment, or formal charging. You have the right to an attorney at all of the “critical stages” of the proceeding. This includes things such as arraignment, trial, appeal, district or superior court bond hearings, etc. This does not include things such as intake at jail or meetings with your probation officer.

You do not have a sixth Amendment right to counsel before criminal proceedings have commenced. However, you should not mistake this to mean that you do not have the right to ask for an attorney. Let’s briefly take a look at how this principle operates.

I can’t afford a lawyer. How do I get one?

If you cannot afford a lawyer and you are facing jail time, the court will provide you with court-appointed counsel. You will have to fill out an affidavit of indigency to demonstrate that you truly do not have the means to hire an attorney on your own. You will do this at your first appearance.

While the majority of criminal charges come with the possibility of jail time, certain people cannot face jail time for certain offenses. These people are not entitled to court-appointed counsel in NC. However, no matter the person or the charge, you do always have the right to hire your own criminal defense lawyer.

I don’t want an attorney! Can I be forced to have one?

No. You have the right to an attorney, but whether you have one is your decision. Most people would prefer to have a criminal defense lawyer by their side. However, if they do not, they can represent themselves. Everyone has the right to represent themselves. This is called being “pro se”. If you, like most others, would want an attorney representing you in a criminal proceeding, contact a criminal defense lawyer to discuss your case.