Possession of Drugs in Jail in North Carolina 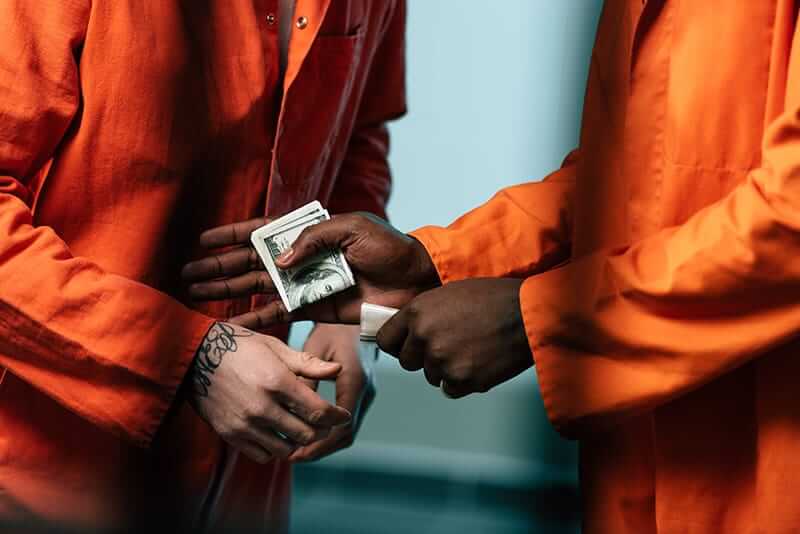 Possession of drugs in jail in North Carolina – Drug possession laws in North Carolina vary to a large degree.  The classification of these crimes can be anywhere from low level misdemeanors to high level felonies. Accordingly, punishments can range from probation to decades in prison, depending on what provisions of the misdemeanor sentencing guidelines or felony sentencing guidelines apply.

The determining factors of the severity of drug crimes depend on the type of drug in question, the amount of drugs in question, and sometimes where the drugs were located.  North Carolina specifically has the crime of possession of drugs in a confinement facility (possession of drugs in jail).  In this blog, we will discuss the consequences of having drugs in jail.  Like all our blogs, this is intended for general informational purposes only and not as a substitute for the advice and counsel of a criminal defense attorney.

Severity of possession of drugs in jail

Some of the provisions regarding possession of drugs in jail are found in North Carolina General Statute 90-95.  Generally, possession of some drugs can be a misdemeanor.  An example of this would be possession of a small amount of marijuana.  If that same amount of marijuana is found in your possession in jail, however; it automatically makes the crime a Class H felony.  Additionally, this is only a minimum; therefore other drug possession laws would still apply, meaning if you have a trafficking amount of any drug, a drug trafficking charge would also apply.  Also, there can be other charges related to the drugs that are separate from strictly the possession.

What if someone brought drugs into jail by accident?

The first question that comes to mind after reading this heading is probably “how does one accidentally bring drugs into a jail?”.  It is easier than you might think.  If someone was arrested for a crime such as a DWI that involved only drinking, it is possible that upon their arrest, and the search incident to that arrest, the police officer might not have noticed that there was a small quantity of drugs in the defendant’s pocket.

Further, the processing for an arrest sometimes takes a lot of time and it is quite reasonable that this doesn’t get noticed until the charged person is given a jail uniform.  Though it seems like “accident” would be an affirmative defense, North Carolina courts have upheld convictions under similar circumstances.  This is because in a case like this, the inmate could have disclosed he had drugs upon arrest and prior to entering the confinement facility.

Criminal law can be very complicated and very confusing. If you have been charged with a crime and you need a criminal defense attorney, contact us.