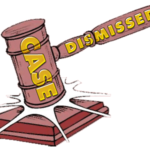 What is an affirmative defense in criminal law?

An affirmative defense is used when a defendant is not denying that they committed the alleged offense. Rather, they are admitting that they carried out the act but that it was justified for a particular reason. Thus, the act was not criminal. Self-defense is one common affirmative defenses. For example, a criminal defendant may admit and acknowledge that they may have assaulted another person, but that the assault was justified because they carried in out in self-defense. You can read more about self-defense here.

What are some examples of affirmative offenses in North Carolina

The following are examples of some of the affirmative offenses that a criminal defendant may assert in trial North Carolina:

How does this work?

In a bench trial (trial with a judge making the finding of guilty/not guilty), the judge will determine if the defendant has met her burden and sufficiently showed that they should be found not guilty by virtue of an affirmative defense (ex.: not guilty by reason of insanity)

In a jury trial, all twelve jurors must unanimously find the criminal defendant not guilty by reason of [the defense].

Either way, the charge is dismissed. Certain defenses will require a judge to issue a court order for the defendant to be confined to a mental health ward. For example, click here to read our blog on the insanity defense.

When must certain affirmative defenses be asserted?

Certain offenses must be asserted, before trial. Notice of certain must be given within 20 working days after the date the case is set for trial pursuant to G.S. 7A-49.4, or such other later time as set by the court. These defense include: alibi (which is not an “affirmative defense), duress, entrapment, insanity, mental infirmity, diminished capacity, self-defense, accident, automatism, involuntary intoxication, or voluntary intoxication.

As to only the defenses of duress, entrapment, automatism, involuntary intoxication, or insanity (which has special rules regarding pre-trial disclosure), notice by the defendant shall contain specific information as to the nature and extent of the defense.

For Alibi-Upon motion of the State, the court may order disclosure of alibi witnesses no later than 2 weeks before trial.

If you have been charged with a crime in North Carolina or South Carolina, contact Gilles Law to speak with a criminal defense attorney.