A lot of people want to know how out-of-state traffic convictions will affect their NC driver’s license. The answer is, out-of-state convictions for certain serious traffic offenses are almost 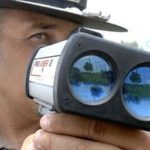 always treated the same as an NC conviction.

North Carolina, along with almost every single state in the United States, is a member of the Driver License Compact (DLC). The DLC is an interstate agreement. It allows member states to exchange information with one another concerning license suspension and traffic violations. Member states share such information with the non-resident’s home state. The home state is the state in which that person is licensed to drive in.

What offenses are reported?

What states are members of the Driver License Compact?

With the exception of five states, every state and Washington D.C. is a member of the DLC. The five states that are not members are: Georgia, Massachusetts, Michigan, Tennessee, and Wisconsin are not member states.

How are points assessed in NC?

If you are facing a traffic charge in North Carolina, contact a traffic lawyer to discuss your options.