In North Carolina, there are many, many forms of homicide, such as 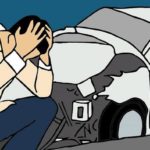 Involuntary manslaughter is generally defined as the unintentional killing of another person resulting from negligence or criminal recklessness. Involuntary manslaughter in North Carolina is governed by N.C.G.S. 14-18.  A person is guilty of this crime if he or she 1) kills 2) another living human being 3) by an unlawful act that does not amount to a felony and is not ordinarily dangerous to life, or by a culpably negligent act or omission.

A person will be found guilty of this offense in North Carolina if that person unintentionally causes the death of another person while engaged in impaired driving (under G.S. 20-138.1 or G.S. 20-138.2). The impaired driving must be the proximate cause of the death. It is not enough to simply show that the driver was engaged in drunk driving. The State must also show that this drunk driving was what caused the death.

A person is guilty of misdemeanor death by vehicle in North Carolina if that person unintentionally causes the death of another person while engage in the violation of any State law or local ordinance (other than DWI) that relates to the use/operation of a vehicle or the regulation of traffic. The commission of the offense must be the proximate cause of death. An example of misdemeanor death by vehicle is an unintentional death caused by speeding.

Misdemeanor death by vehicle is punished as a Class A1 misdemeanor. It follows North Carolina’s Misdemeanor Sentencing Guidelines.

If you have been charged with manslaughter or vehicular homicide in North Carolina, you should speak with an attorney. The criminal defense attorneys at Gilles Law can help you understand your options.