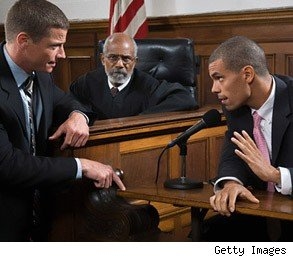 Hearsay in North Carolina criminal matters – One of the central themes of our blogs at Gilles Law is the misuse or the misunderstanding of certain legal terms of concepts.  By far of the most misunderstood things out there is the term hearsay.

Often people think hearsay is simply something that someone has heard second hand, but there is much more to it than that. In this blog we will talk about hearsay; what it means, why it is important, and some of the exceptions that apply.  Like all other blogs or anything you read on the internet, this is no substitute for the advice of a criminal defense lawyer, who has received education and training on this matter.  This is for very basic educational purposes only.

Hearsay is an out of court statement made by a declarant which is intended to be used to prove the truth of the matter asserted. Huh? You can read more about the hearsay rule here, but we are going to simplify it. Keep reading.

Hearsay comes in to play ONLY when a witness is testifying in court.  A witness can testify to what he saw, smelled, touched, said, or felt.  The problem comes in when that witness testifies as to what someone else said, and that person is not there to testify to that fact on his own.

Why does the hearsay rule exist?

By design, the purpose of a trial is to get to the truth of what happened, or as close as possible to it.  In order to accomplish this, courts want as much reliable information as possible. By the very nature of a second-hand statement, there is nobody there to verify or deny it, which causes a problem.

In criminal matters, someone’s freedom is at stake and jurors assuming an unverified statement to be fact would be extremely problematic.  Defendants are presumed to be innocent until they are proven to be guilty.

Part of a criminal defense attorney’s job is to keep out hearsay statements in a trial as well as any other unreliable evidence that could damage the client’s case.

Remember, the hearsay rule does not prevent witnesses from testifying about things other people said completely, it prevents those statements from being use to prove the truth.  Those statements can be used for other purposes such as:

In addition, there are true exceptions to this rule where the statements can be used to prove the truth such as:

If this all sounds complicated that is because it is. Criminal defense lawyers spend years in school learning these things, have to pass a bar exam, and spend a lot of time on continuing education.

Because of this and several other issues, representing yourself in a criminal matter is almost always a bad idea. If you have been charged with crime, contact us.