Can a criminal defense attorney help me if I am a fugitive in NC? What does being a fugitive from another state even mean? 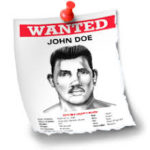 Fugitive from other states in North Carolina

You may have heard “fugitive” or “extradition” and wondered what it means. Though the terms may seem exotic to those not familiar with the criminal process, to a criminal defense attorney, the law behind it is pretty straightforward.

Warrantless arrests of out of state fugitives in North Carolina

A North Carolina law enforcement officer may arrest a suspect without a warrant if there is probable cause to do. In the specific circumstances of a fugitive, this means there must be reasonable information to believe that the arrestee is charged by another state with a capital crime or a crime potentially punishable by more than one year.

A fugitive warrant is formal notice given by one state to all other states via a DCI-PIN message, which is an interstate computer network use by law enforcement personnel. This can be seen when a police officer runs a person’s name during a routine traffic stop.

A governor’s warrant is a formal request from a state asking the governor of North Carolina authorizing a fugitive to be held for pick-up by the demanding state.

If you are present in North Carolina and have been charged been charged with or convicted of a crime in another state, for which you are a fugitive, contact a criminal defense attorney immediately. Contact us at Gilles Law, and we will help you get the best result possible.