Contempt of Court in North Carolina 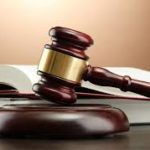 It is obvious that committing a crime in North Carolina can get you thrown in jail, but people often don’t realize that you can end up spending a significant amount of time in jail for violating court orders, even if they arose from a civil case.  This is due to the often mentioned, but rarely understood, term known as contempt of court.

Requirements of Contempt of Court

The punishment for civil contempt of court is imprisonment for as long as the contempt continues, and does not have a statutory limit.  For example, if someone is found in civil contempt for not paying child support, they can remain in jail until they have paid those funds. Compliance is technically the only way to get out of jail.

Criminal contempt of court is brought about as a punishment.  It is the consequence of certain violations, described in North Carolina General Statute G.S. 5A-11, A few examples would be:

Punishment for Criminal Contempt in North Carolina includes imprisonment for up to 30 days, and fines of up to $500.

As you can probably discern from the information, civil contempt is used to get you to comply, while criminal contempt is used to punish you for something you already did.  Both versions can result in jail time and, therefore, it would be in someone’s best interest to hire a lawyer.  At Gilles Law, we handle contempt of court as well as various criminal charges. Contact us if you are in need of criminal defense attorneys serving the Charlotte area.