I got a speeding ticket … but I wasn’t going that fast! 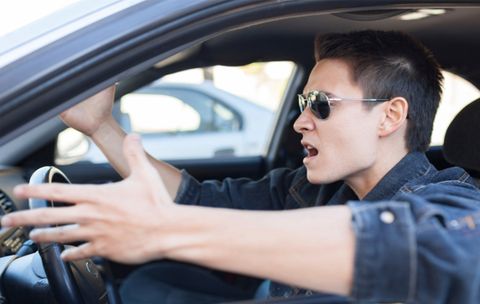 I got a speeding ticket … but I wasn’t going that fast! – We often get calls from drivers charged with speeding that are understandably frustrated. Many people feel that either they were not speeding or, more commonly, that they were speeding, but were not going the speed that they were cited at. This blog provides some information on this topic. This blog is intended for informational purposes only and is not intended as a substitute for the advice and counsel of a criminal defense attorney.

“I wasn’t going as fast as the officer claims.”

In North Carolina, the overwhelming majority of speeding tickets involve a radar-clocked speed. While a speeding citation typically includes the officer’s speed estimate, most tickets also include the official speed that an officer clocked the driver at. Please also note that most of the time, officers will be allowed to testify as to their opinion of the speed, using their knowledge and experience.

“I want to take my speeding ticket to trial.”

Because speeds of 15 miles per hour or more over the speed limit are criminal misdemeanors (versus a simple infraction), it makes sense why you may want to fight the charge. However, most traffic lawyers are adept at negotiating speeding tickets down to infractions (when possible), and much of the time the lawyer can reduce the ticket to a conviction that does not results in insurance points. *Note that if you are charged with an extremely high speeds, your outcome may not be as good as someone cited at a slower speed.

Further, most attorneys will charge substantially more to take a speeding ticket to trial than they will to negotiate the ticket down. Note that it is your decision whether you want to authorize your attorney to take a mitigated plea deal or if you truly would like to push the case to trial. If a trial is your end goal, inform your lawyer prior to hiring them, go over your options, and be prepared to receive a price quote commensurate to the labor involved.

“What if I was caught in a speed trap?”

The number of people cited for speeding as a result of what is often referred to as a “speed trap” is very high. A speed trap can refer to many different scenarios in which police officers use “sneaky” methods to catch speeders. Common scenarios that people refer to when they speak of speed traps include officers posting up 1) in areas where people commonly speed; 2) where the speed drops suddenly; 3) at the bottom of a hill; or 4) in a manner in which the police officer is hidden. People are often understandably aggravated when they are given a speeding ticket via a speed trap. However, speed traps are not illegal, and such citations are handled the same as any other speeding citation.

If you have been charged with a traffic offense or other crime in Charlotte, North Carolina or the surrounding area, contact us to see what options may be available to you.