Gael Gilles on the Issues with Chief Putney Retirement 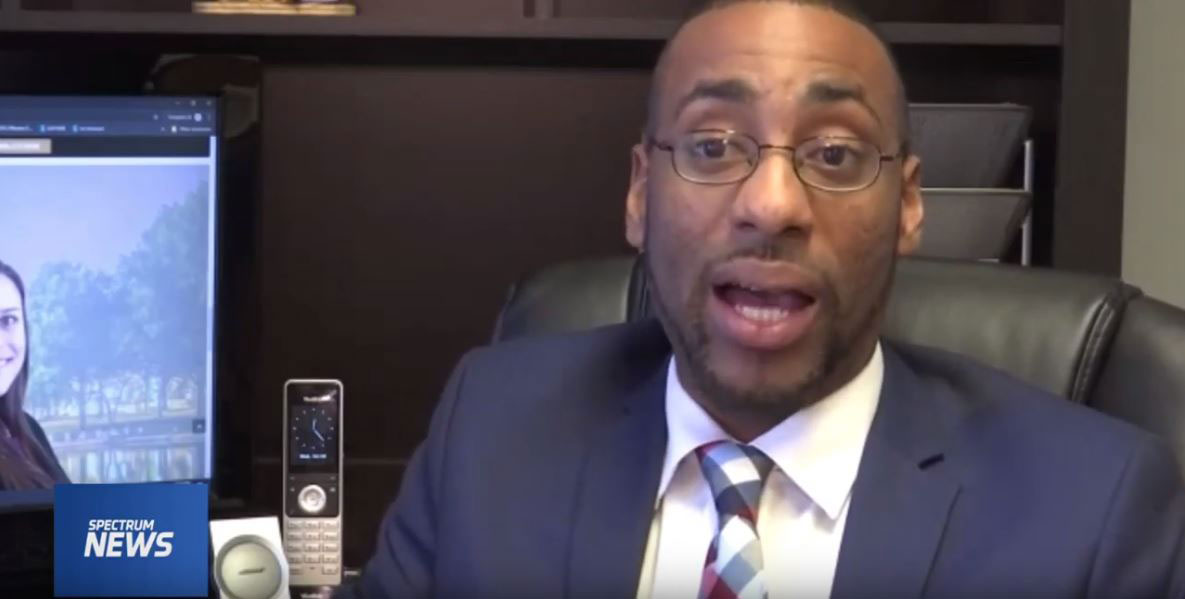 Chief Kerr Putney wants to retire from CMPD, but the city’s plan for how to do it is raising questions. Spectrum News reporter Ruben Jones continues digging into this confusing situation. Joining us now in studio with what you’ve learned recently Ruben.

Well, Brittany what a difference 48 hours can make. We still tonight do not know whether that initial timeline for chief Kerr Putney’s retirement will remain in effect, but we did get more clarity on why it may be an issue.

“I am gonna officially retire through the state system.” It started smoothly enough. Monday, Chief Putney announced his retirement in a video to his team. The plan, Putney would retire January 1st take a break for two months return to the job for the Republican National Convention, then fully retire.
‘
“That is problematic under the rules that that have been provided.”

The rules attorney Gael Gillis are talking about are in the state statute regarding retirement. It says retirement can only be granted when there is no intent or agreement expressed or implied to return to service or work.

“There can’t be any plan from the comeback.”

That poses a problem for Putney’s timeline. Specter News spoke with the treasurer’s office which oversees the North Carolina Retirement System. Well it couldn’t talk specifically about Putney’s situation it says a retired employee can return to work on a temporary more part-time basis but there can’t be an agreement to come back ahead of time. Gillis says there are solutions to Putney’s timeline.

“If he is not working and we don’t call it a retirement it’s fine-if he’s on some sort of leave or whatever else.”

We had hope to have an updated response from the city tonight but it declined except for the statement it sent out last night. It says in part “there is no intent to circumvent the law the statute does not prohibit hiring back a retiree which is a widely accepted practice across the country.” Goes on to say “the statute defines retirement but does not define the terms by which a retiree may return for limited service.”

The city continues to talk with the state to get clarification and once we get an update we’ll bring it to you. In the studio, I’m Reuben Jones, Spectrum News.