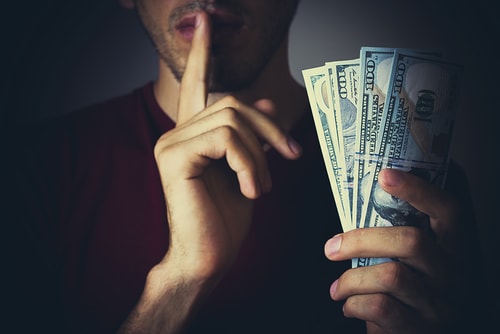 Extortion in North Carolina – Fortunately, many people don’t have much firsthand experience with dealing with the criminal justice system.  In fact, much of what they know or have heard is from television, the news, and podcasts. Because of this, definitions of certain terms are often misunderstood. Meaning, some people hear about certain crimes, but they don’t really know what the crime is.

One such crime is extortion.  Extortion is a crime that exists in many jurisdictions, but this blog will focus on this crime in North Carolina.  Like all our blogs, this is intended for general informational purposes only and not as a substitute for the advice and counsel of a criminal defense attorney.

The law of extortion comes from North Carolina General Statute 14-118.4. Under this statute, it states that “any person who threatens or communicates a threat or threats to another with the intention thereby wrongfully to obtain anything of value or any acquittance, advantage, or immunity is guilty of extortion and such person shall be punished as a Class F felon.”

What does this mean?

In order to fully understand this statute, it is important to realize that it is not referring to any specific conduct but rather a type of contact.  Because of this, a lot of different things can be described as extortion.

The elements of this crime are as follows:

*For conviction of the crime of extortion, the state would have to prove all these elements, beyond a reasonable doubt.

Accordingly, some activities that some people may have thought of as “blackmail” is typically extortion, under North Carolina law.  Blackmail does have some similar elements however, and there are many occasions where either one of the charges could apply.

Extortion is a theft crime and is often charged with other related crimes such as larceny, obtaining property under false pretenses, and others.  Defending an extortion charge can be very complicated and involved. If you have been charged with extortion in North Carolina, and need an attorney, contact us.