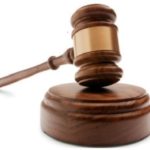 If you have been charged with a crime, it is typically a good idea to get a criminal defense lawyer because the process can be confusing and complicated.  In this Blog, we will discuss just one of the many examples of why. In many states, criminal matters are handled on a county-by-county basis. In North Carolina, for example, if you were charged with a crime in Pineville, Charlotte, or Huntersville, you would end up having your case heard at the same courthouse (Mecklenburg County Courthouse).

This is not how it works in South Carolina, and we will use York County criminal charges as an example.  If you were charged with a crime in Fort Mill, Rock Hill, or Tega Cay you will need a York County criminal defense attorney, but you might end up in any number of courthouses.  Depending on what you were charged with and where in the county you were charged, you can end up in Magistrate’s court, Municipal Court, DUI Court, or General Sessions Court.   Not only are there these various levels of court but, with exception of General Sessions Court, which is at the Moss Justice Center in the city of York, each individual city has these different levels of court.

A criminal defense lawyer will be able to give you guidance with regards to the different courts and their different procedures. If you have been charged with a crime in York County and you need a York Criminal defense attorney contact us. We handle criminal matters in North Carolina and South Carolina, in both State and Federal courts.