Suppressing Evidence in a Criminal Trial 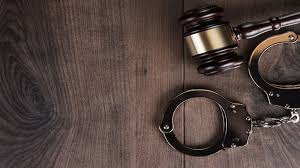 Suppressing evidence in a criminal trial – Being charged with a crime is one of the scariest experiences one can imagine and people often feel lost, and don’t know what to do.  Hiring an attorney is a logical step to help navigate you through that situation because a criminal defense attorney can help defend your case through a wide variety of means. One of those means is through the suppression of evidence that the government may intend to use against you.  What does that mean? You will soon find out.

In this blog, we will talk about the suppression of evidence in a criminal case. Like all of our other blogs, this is intended for informational purposes only, and is not intended as a substitute for the advice and counsel of a criminal defense lawyer.

What does suppression of evidence mean?

In order to be convicted of a crime, the government has to prove every element of that crime beyond a reasonable doubt.  If a criminal case moves forward (it is not dismissed), except in cases where the defendant decides to plead guilty, this is done through a trial setting, where evidence, through testimony and other means is presented against the defendant.  The government and the defense, however, are bound by the North Carolina Rules of Evidence as well as constitutional principles.

How defendants are arrested and charged with crimes

Not all these facts however, can be used against you in a criminal trial if the rules of evidence are properly applied.  Prior to trial, a motion in limine or a motion to suppress is used to keep out evidence that would unfairly prejudice the defendant, and when successfully applied, the judge or the jury would not be allowed to consider that information.

Common motions in limine and suppression items in a criminal case

Every one of the above-mentioned items is a subject in and of itself, too expansive to cover in this blog, but they all have the same thing in common.  They would all be used to make the evidence of your potential guilt, inadmissible in court.  Without that evidence you could not be found guilty beyond a reasonable doubt.

If you have been charged with a crime, contact us.  We handle criminal charges in Charlotte, North Carolina and the surrounding areas, including criminal cases in South Carolina.