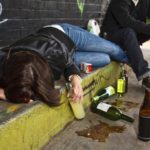 We have all heard of the term “drunk and disorderly”. This term often refers to someone being drunk in public and causing some sort of scene.  Laws like these are typically state specific. Under South Carolina criminal law, the crime is often charged as “public disorderly conduct”.

Under South Carolina criminal law, just being intoxicated in public is not enough to constitute a crime. Under South Carolina criminal law, it is a misdemeanor to be found in a public place or gathering in a “grossly intoxicated condition,” or to otherwise behave in a disorderly or “boisterous manner.”  “Boisterous manner” has no clear legal definition, but it is analyzed by evaluating the circumstances surrounding the accused conduct.  A finding must be made by the court that the behavior was indeed boisterous. There are several ways that this can occur including but not limited to:

***Keep in mind that boisterous manner OR intoxication would constitute this crime, it does not necessarily require both***

This alleged conduct must be observable by others, according to South Carolina criminal law. In this context, others does not just mean members of the general public – a police officer observing this behavior would be enough.

Though each case has its own unique facts and circumstances, a South Carolina criminal defense attorney may help in several ways.  The burden would be on the State to prove beyond a reasonable doubt, every element of this crime. As such, some of the considerations include: