Should I Bother to Hire a Lawyer? 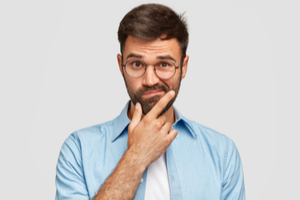 Should I bother to hire a lawyer if I just want to plead guilty? – The answer to that question is yes.  When it comes to criminal matters, there is a reason that the United States Constitution provides for the right to an attorney with most criminal charges. The services of a criminal defense attorney are always important and almost always make a difference.

Despite this, some people don’t want to bother in some situations such as if they plan to just plead guilty.  In this blog we will talk why you would still want a criminal defense attorney in that situation.  Like all of our blogs, this is intended for informational purposes only and not intended as a substitute for the advice and counsel of a criminal defense attorney.

Why some people choose to just plead guilty

If you have been charged with a crime you always have the right to defend yourself.  Further, an accused person is innocent until proven guilty and it is the burden of the government to prove every element of the charged crimes beyond a reasonable doubt.  All this being said some people still choose to just plead guilty for several reasons including but not limited to the following:

Why not all guilty pleas are created equally

Pleading guilty is always the choice of the defendant and that person’s choice alone but what exactly does that mean. During the process of a plea bargain a lot of things can be negotiated with the government, that will have a significant impact on your future.  Blindly pleading guilty to what you were charged with is never a good idea.

What exactly are you pleading guilty to?

Something as simple as going from a felony to a misdemeanor can make a huge difference with regards to future job prospects.  Another example would be if you were convicted of larceny and that showed up on a background check it would be pretty bad. However, if it was arranged so that you could plead to trespass instead, that might look less bad.

How much jail or prison time are you going to end up serving?

In North Carolina, with regard to state crimes, misdemeanors are punished following the misdemeanor sentencing guidelines, and felonies are punished according to the felony sentencing guidelines.  The ranges on prison sentence can vary greatly.  One of the things a criminal defense attorney can do is get you a specific sentencing range negotiated by them and the prosecutor which can often be better than just leaving it up to a judge to decide.

What are the collateral consequences you are going to face?

It is not just about prison time, and court fees.  As we have discussed in the past, collateral consequences of criminal convictions can be very challenging.  An attorney may be able to help you with those as well. With sex crimes for example, a huge difference can be pleading to something that does not require sex offender registration.

There is a reason that you have the right to an attorney.  Exercise that right whenever possible because criminal charges can get very complicated very fast.  If you have been charged with a crime in North Carolina or South Carolina, contact us.