Self-Defense and Defense of Others 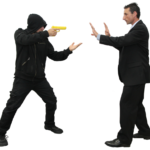 Self-defense and defense of others are technically two separate defenses. For the purposes of this blog, we will be examining both of these defenses together, as the difference in the two defenses is simply exactly what the name suggests – one deals with defending yourself from bodily harm, the other one deals with defending another person from bodily harm. Generally speaking, the same rules apply to both.

Self-defense and defense of others are what is known as “affirmative defenses”. That means that a person is not denying that they committed the alleged offense. Rather, they are admitting that they carried out the act but that it was justified, thus the act was not criminal. Self defense is one of the most common affirmative defenses. It is often seen in the context of assault charges but can also be used as a defense for other criminal charges, such as murder.

Burden of Proof for Self-Defense

When can a person engage in self-defense/defense of others?

In a nutshell, a person has a right to use force in order to protect themselves or others against bodily harm. See below for exceptions.

Note that a person cannot generally continue to use force against another if that person has retreated because there is no longer force/threat of force/risk of bodily injury.

How much force can you use?

Generally speaking, you must use no more force than is reasonably necessary. For example, you cannot respond to a slap in the face with a gunshot. Which brings us to our next topic – the use of deadly force.

Use of deadly force on trespassers

Everybody seems to want to know if they are allowed to use deadly force on trespassers. The answer is, only if the person reasonably fears great bodily harm or death. This is not really any different than the rules governing self-defense in any other context. One of the main things to consider is that a person who uses deadly force on an intruder may have a much easier time showing that it was reasonable to fear for one’s life.

Please note that this blog is intended to be used for informational purposes only. It is not meant to provide legal advice and should not be read in lieu of speaking with a criminal defense lawyer. If you have been charged with a crime in North Carolina or South Carolina, contact a criminal defense attorney to discuss your options and possible defenses.