The Second Amendment and Gun Laws 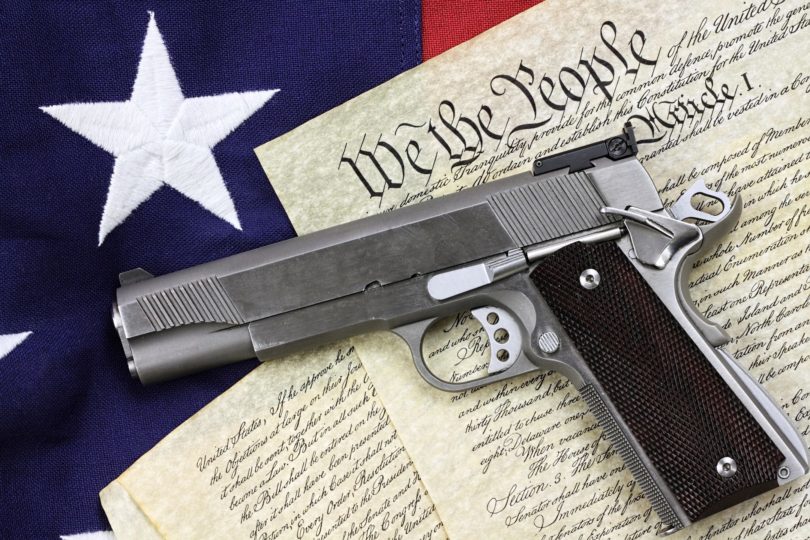 The Second Amendment of the United States Constitution codifies the right of the people to keep and bear arms for their own defenses. At the time that the Constitution was drafted, the country did not really have a government-operated military. In part, the government needed private citizens to bear the burden of protecting our defenseless infantile nation. It was out of this basic necessity that the Second Amendment was born.

The Second Amendment states: “A well regulated Militia, being necessary to the security of a free State, the right of the people to keep and bear Arms, shall not be infringed.”

Obviously the Second Amendment has become a topic of heated debate in recent years. Nevertheless, most people probably understand that “the right to bear arms” is not without restrictions.

Restrictions on where you may possess a gun

There are also restrictions on bringing otherwise lawful weapons into certain buildings. Various laws and rules bar bringing weapons into most government buildings. And of course, private citizens and businesses are free to ban weapons on their property.

Restrictions on how you may possess a gun

Further, there are criminal statutes that make the failure to abide by certain weapon restrictions criminal. For example, carrying a concealed weapon is a Class 2 misdemeanor. You can read more about weapons laws in North Carolina by clicking here.

Restrictions on what you may do with a gun

There are many, many other gun crimes in North Carolina including but not limited to: discharging a firearm into an occupied dwelling or vehicle; going armed to the terror of the people; and assault by pointing a riffle.

Restrictions on who may possess a gun

If you have been charged with a weapons crime or other crime in North Carolina or South Carolina, contact a criminal defense lawyer to discuss your options.