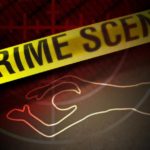 Anyone who has ever watched a crime show has heard the term homicide. But what is that?  Homicide is the unlawful killing of another, but there are varying degrees of this class of crimes. The degrees depend upon on the jurisdiction and the facts and circumstances surrounding the alleged incident.  By far, the most talked about homicide crime is that of murder, which also has different definitions and degrees depending on the jurisdiction.  Criminal charges and punishments often vary from state to state. Murder in South Carolina is defined as “the killing of any person with malice aforethought, either express or implied.”  This is different from the South Carolina definition of manslaughter, which we will discuss in a different blog.

Elements of murder in South Carolina

Punishment for murder in South Carolina

There are three tiers of punishment for murder in South Carolina depending on the facts and circumstances that surround the incident:

Sentencing for murder in South Carolina

Upon conviction or the entering of a guilty plea, a separate sentencing hearing is held to determine which of the above-required sentences will be imposed.  There are several possible aggravating factors that will lead to life in prison without the possibility of parole including but not limited to:

These aggravating factors would have to be proven beyond a reasonable doubt, and the burden would be on the state of South Carolina to prove them.

The death penalty can be imposed if the State seeks it and the judge finds the aggravating factors sufficient to justify that sentence.