Miranda Warnings: The Story Behind it All

Miranda Warnings: The Story Behind it All 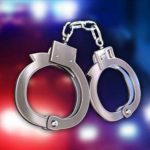 Everyone has heard of Miranda warnings. “You have the right to remain silent. Anything you say can and will be used against you in a court of law. You have the right to an attorney.  If you cannot afford an attorney, one will be appointed to you.” We have referenced these warnings in several of our previous blogs.  North Carolina also provides that the suspect has the right to make a phone call to a family member, friend or attorney. Since this is such a common and pervasive topic, we thought it would be fun to talk a little bit about the history of Miranda warnings.

Miranda is actually the name a person. Miranda is named after the 1966 landmark Supreme Court case “Miranda v. Arizona.” Before we get into the history of Miranda, a fun fact about this case is that it was decided based on a 5 to 4 majority vote. The vote was so close, history could have gone a completely different direction. If one of these five Supreme Court Justices voted against Miranda instead of in favor of it, the “Miranda warnings” would never be a thing, and police would not be required to read suspects their rights.

The man behind Miranda is Ernesto Arturo Miranda (1941-1976). He was arrested in 1963 in Phoenix, Arizona. He was ultimately convicted of kidnapping and rape. The conviction was later set aside as a result of the Supreme Court Ruling.

Miranda’s conviction was based on his confession. He gave this confession to police officers under police interrogation after two hours of questioning. He gave the officers a signed written confession. During his interrogation, Miranda was in a room where he was cut off from the outside world. He did not know that he did not have to speak with the officers. He did not know that he had the right to an attorney. After he was convicted, he went through the appeals process. Ultimately, the cased ended up in the Supreme Court.

In a 5-to-4 vote, the Supreme Court determined that Miranda’s Constitutional rights were violated. The Court held that statements made in response to interrogation by a defendant in police custody will be inadmissible at trial unless the prosecution can show that the defendant was informed of the right to consult with an attorney and the right against self-incrimination. He must be informed of these rights before questioning. He must understand these rights and voluntarily waive them.

Upon being retried without the use of these confessions as evidence, Miranda was convicted once again.

While we are on the subject, a common misconception about Miranda Warnings is that police are required to Mirandize you whenever you are placed under arrest. This is patently incorrect. Police are only required to Mirandize a suspect once that suspect subject to custodial interrogation. This means that he is in custody (reasonable person would not feel free to leave) and the police asking him questions meant to illicit an incriminating response. For more on this subject, check out our blog on the subject.

If you have been charged with a crime in North or South Carolina, you should speak with a criminal defense lawyer. The attorneys at Gilles Law handle both state and federal charges in both states. Contact us today for a free consultation.