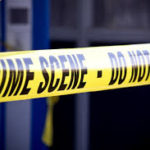 A common example of a killing that would occur without malice would be if the defendant in the “heat of passion” was so provoked and angry that his actions became almost uncontrollable. For example:

With this example he would have still committed a homicide crime but it may fall short of murder because he or she did not seek out a confrontation or plan to hurt anyone, and an extreme set of circumstances had to occur for he or she to kill someone.  This is in stark contrast to a similar scenario that would surely be murder:

This example is clearly murder, not manslaughter. The difference is that one occurred in the heat of passion, while the other occurred with malice.

Punishment for Manslaughter in South Carolina

Someone convicted of Manslaughter in South Carolina will be sentence to a prison sentence between two and thirty years.

Someone convicted of Involuntary Manslaughter is South Carolina can be sentenced to a prison sentence of up to five years, however there is no mandatory minimum.  This means that someone can get a sentence of probation and serve no prison time.