Illegally Obtained Evidence – What Can a Criminal Defendant do? 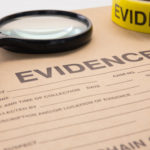 Unfortunately, in the criminal justice system, the deck is stacked against a criminal defendant. So what happens when, on top of that, the police break the law and violate that person’s constitutional rights and, as a result, illegally obtain evidence against the defendant?

A lot of people ask us questions such as, “If the police did not read me my Miranda rights and not doing so was improper, do my charges get thrown out?” or “If the police performed an illegal warrantless search of my bag, do my charges get thrown out?” The answer is no. When the police act improperly and violate a criminal defendant’s constitutional rights, and as a result they illegally obtained evidence against the criminal defendant, the charges are not automatically thrown out. Rather, the defense lawyer seeks to have the court suppress the illegally obtained evidence so that the evidence is inadmissible and cannot be used against the defendant in trial. Let’s take a look at how this works.

So, how is that evidence kept out? A defense attorney makes a motion to suppress the evidence. A motion to suppress is simply a tool that a defense lawyer uses to keep evidence out, in this case, to keep evidence that was illegally obtained out of evidence. Once the defense attorney makes his motion, the judge then hears both sides and makes a ruling. If the judge finds that the evidence was illegally obtained, the judge must bar the Government from using the evidence to prove its case at trial. Of course, there are exceptions to this rule, and we will get into them later. For now, let’s take a look at some examples of the exclusionary rule in action.

The police arrest John for drug trafficking. Once he is arrested, the police perform a search incident to arrest (read more about that here) and find cocaine in John’s pockets. Once John is detained, police then start asking John questions about his illegal drug activity. Police never read John his Miranda warnings. John tells police all about his involvement in a drug trafficking ring.  Police happily turn this confession over to the Government.

What evidence can defense lawyers successfully seek to suppress? Here, under these specific facts, assuming that the arrest was lawful, the cocaine was legally obtained because the search was lawful. However, the confession that the police elicited from John was likely illegally obtained. Therefore, John’s statements regarding his involvement in the drug trafficking ring should be inadmissible. The State must attempt to prove its case against John without the use of John’s confession.

Fruit of the Poisonous Tree Doctrine

Let’s say the police illegally illicit a confession from a criminal defendant. The police then use that confession as probable cause to get a warrant to search the defendant’s home. The police then find contraband in the defendant’s home. Not only does the exclusionary rule keep the confession out of evidence in a criminal trial, it also keeps the contraband that the police uncovered as a result of the illegally obtained confession out of evidence as substantive evidence. Likewise, a confession obtained as a result of illegal arrest will be inadmissible.

As with most things in criminal law, there are exceptions to the exclusionary rule. Let’s briefly take a look at some of these exceptions.