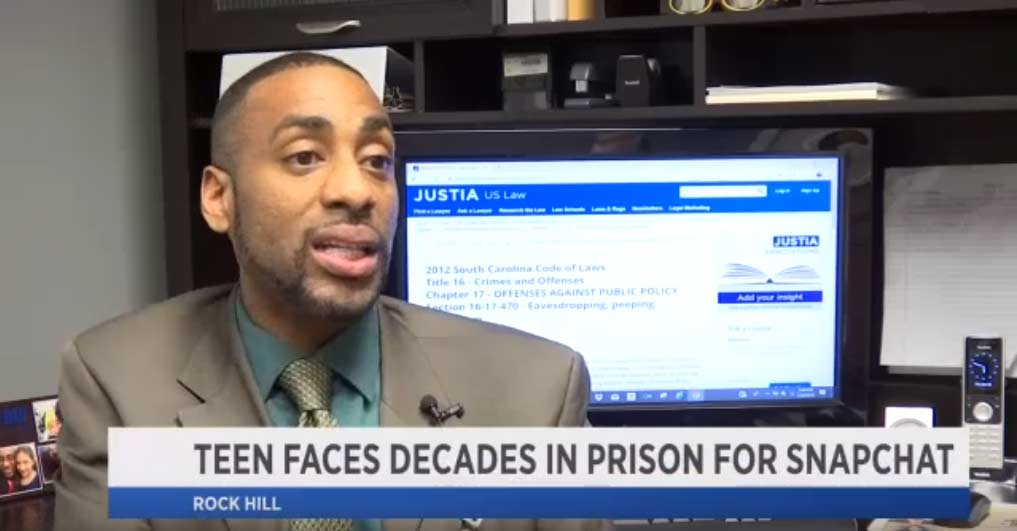 A 17-year old South Carolina high school student now facing several charges after police say he posted a video of him in a fellow 14 year old student having sex.

Now police and officials warning students to think twice before they act.

Well, Jonathan police I spoke with say that this is a tragic situation for everyone that is involved. Not only has the 14 year old girl been violated through this scenario, but one bad decision has changed seventeen-year-old Julius Nichol’s life forever.

A picture is worth a thousand words. And for 17 year old Julius Nichols an inappropriate video could cost him his future. If people think things disappear, well they don’t. They’re out there somewhere, and of course law enforcement if we get a search warrant we can we can find this stuff.

Rock Hill police say that were contacted by a 14 year old South Point student’s parents a week ago saying a video of their daughter having sex had surfaced on the app – snapchat.

Most of the cases we’ve had in Rock Hill have been pornographic pictures, nude photos. After obtaining the video through the investigation Tuesday, police received two felony warrants and arrested Nichols that day.

And even if they are both teens because of Nichols age he can be tried as an adult.

But Gilles says with both charges Nicholls could face up to 30 years in prison and more than likely will be put on the sex offender registry for life.

I hate to say this young man will be an example but hopefully there’ll be a learning lesson for other youth in the community not to be involved in this activity.

Nichols has been charged with first degree sexual exploitation of a minor and aggravated voyeurism and as Giles said he could face up to 30 years in prison for sending a video over an app.

Definitely some warnings and things parents should definitely be paying attention to. Courtney, thank you so much meanwhile once again authorities say it is important for parents to monitor the activity of their kids online.