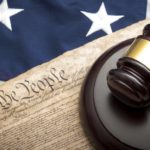 Most common criminal charges are governed by state law and are prosecuted in state court, but sometimes criminal charges can be governed by federal criminal law.  The general public is often confused as to what would constitute a federal crime versus what would constitute a state crime.  We hope to shed some light on this, however, the topic can be confusing, so if you are confused about charges, you should contact a criminal defense lawyer.

State laws are specific to the state. For example, the rules with regard to possessing a handgun vary widely from one state to the other.  Possession of Marijuana is illegal in some states but legal in others.  Not only the crimes themselves, but characteristics of the crime can vary widely from one state to the other including: the elements that must be proven for someone to be convicted of that crime and the sentencing or other punishment that is associated with being convicted of a particular crime.

State crimes are wide-ranging and can involve anything as minor as a motor vehicle offense, as major as First-Degree murder, and everything in between.

Federal criminal law is governed by the United States government and those laws are uniform throughout the country.  Federal crimes are prosecuted within the guidelines of federal law instead of laws of the state those crimes may have occurred in. Because of this, not only the name of the crime, the elements that would be required to prove the crime, and the sentencing or other punishment associated with conviction of that crime would be subject to federal law.

There are some crimes that are specifically federal crimes such as mail fraud, bank robbery, and a several others.

When a state crime becomes a federal crime

There are several instances where a defendant can be charged with a crime in the State of North Carolina or in the State of South Carolina and then, instead of the case being resolved in one of those state courts, the federal government assumes jurisdiction and takes those cases to federal courts.  This occurs with major drug crimes, murders and a variety of crimes.  Typically, this occurs when the crime was wide-ranging in scope and involved criminal activity in more than one state, or the crime is found to have involved or interfered with interstate commerce.  At that point, the federal government typically moves forward with the case, while the state often dismisses their charges.  Once that happens, the defendant is tried in the appropriate federal court, and is bound by the federal court’s laws and procedures.