Driving Under the Influence: DUI in South Carolina 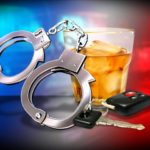 DUI and DWI laws vary from state to state. The terms are typically used interchangeably in everyday speech. Under South Carolina criminal law, the technical term is DUI (driving under the influence). Though some people think that a DUI in South Carolina is just a traffic offense, it is actually a criminal matter that comes with some serious consequences, which can include jail time.

DUIs are complicated, and the cases can often take several months to resolve. There are often several factors to consider.  If you have been charged with DUI in South Carolina, you should contact a South Carolina criminal defense lawyer who handles these cases.

*** Though BAC is a big factor, depending on the facts and circumstances of your offense, it is possible to be convicted of DUI even if your BAC is under the legal limit.

Punishments for DUI in South Carolina

The penalties for a DUI in South Carolina will vary depending on the severity of your offense and the number of times you’ve been convicted of a DUI in the past 10 years.  If you drink and drive you will face both criminal penalties and administrative penalties with the South Carolina DMV.

With every conviction of DUI comes a mandatory license suspension. For the first offense, that license suspension lasts for 6 months. For subsequent offenses, suspensions last indefinitely, but there may be some options for reinstatement after a certain period of time.

The possibility of serving jail time for a South Carolina DUI depends on several factors, including the defendant’s BAC and the number of previous DUI convictions.  A person convicted of DUI in South Carolina can serve no jail time, or they can serve up to seven years. As you can see, the penalties vary drastically.

Fines for DUI conviction vary greatly. The fines typically depend on several factors including the defendant’s BAC and the number of previous DUI convictions.  Fines can be as low as $400 or as high as $10,000.

Depending on all the circumstances a person convicted of DUI also faces other consequences, including but not limited to:

If you are in need of a Rock Hill DUI Lawyer, a York DUI lawyer, or a Lancaster DUI lawyer, Gilles Law can help. We practice criminal defense (including DUI) in North Carolina and South Carolina. Contact us and we can evaluate your case and provide you with some insight on how we can help you.