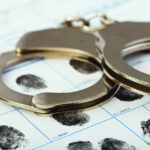 Many couples, whether they are married or not, live together in the same home. This law anticipates that there may be some issues when these pairs separate. Let’s take a look at how this law operates.

A person can be charged with domestic criminal trespass if they enter the premises of a current or former spouse or domestic partner after being forbidden to do so or ordered to leave by the lawful occupant. A person can only be charged with this crime in North Carolina if they are currently living apart from the other person. In other words, you can’t have your spouse charged with this crime if you are still living together. Since being separate and apart is an important element of this crime, let’s take a look at some of the evidence used to demonstrate that the parties are living apart:

In a nutshell, this law forbids an ex-spouse/domestic partner from leaving the shared home and then coming back without permission and against the wishes of the remaining spouse. It is typically a misdemeanor criminal charge in North Carolina. We discuss the punishment below.

Domestic criminal trespass is punished as a Class 1 misdemeanor in North Carolina. This is the second most serious level misdemeanor in the state. Violation of this law can become a felony in certain situations. If the defendant trespassed at a safe house or safe haven for victims of domestic violence and the person was armed with a deadly weapon when they did so, it is a Class G felony.