Discharging a Firearm into an Occupied Property in North Carolina

Discharging a Firearm into an Occupied Property 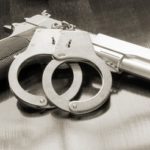 While owning a gun in North Carolina is common and is legal within certain parameters, North Carolina also has laws with regard to specific use of those guns.  One of the most serious of these laws is regarding discharging a firearm into an occupied property.  This is typically charged when the Defendant is accused of firing a weapon into an occupied vehicle or an occupied dwelling.  The seriousness of these charges depends on the facts and circumstances surrounding the incident.

Discharging a weapon in to a building, even if is not occupied, is also a serious crime and though not as severe, it can also carry some very serious consequences.

Elements of the crime

According to North Carolina General Statute 14-34.1 in order for a defendant to be convicted of these crimes, the state would have to prove beyond a reasonable doubt:

Additionally, depending on the actions that took place and the consequences that resulted, other charges may arise from the incident such as robbery or attempted murder.

Punishment for the crime

The severity of firing a weapon in this context depends on whether or not people were present, and whether or not someone was injured.  All of those circumstances are felonies and follow the North Carolina Felony Sentencing Guidelines.

Gun charges are just some of the many crimes you can be charged with that can lead to some serious consequences that the average person may not have a firm grasp on.  A criminal defense attorney can help navigate through what can oftentimes be a complicated judicial system.  If you have been charged with a crime in North Carolina or South Carolina, Gilles Law has attorneys that can help you get the best possible outcome for your case.  Contact us if you are in need of a criminal lawyer serving the Charlotte area.