Consensual Crimes against Morality and Decency in North Carolina

Consensual Crimes against Morality and Decency 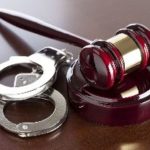 We are going to talk about some crimes against morality and decency. These crimes involve sex crimes between consenting adults. However, because society has traditionally viewed these things as unnatural or deviant, they have been criminalized and remain illegal to this day. However, some of these sex crimes that are still on the books in North Carolina are, in large part, no longer enforced and some would likely be deemed to be unconstitutional. Let’s take a look at some of these sex crimes.

In North Carolina, crimes against nature are governed by N.C.G.S. 14-177. These sex crimes are punished as a Class I felony. It is illegal for a person to do any of the following:

North Carolina does not specifically address the illegality of bestiality, however, under this statute, it is illegal to perform any of the aforementioned sex actions on a human or “beast,” suggesting that bestiality would be punished under this statute.

You will also note that a lack of consent is not an element of any of these offenses.

It may surprise you that these sex acts are still considered illegal in North Carolina as of 2018. However, a recent (2003) Supreme Court decision makes it clear that consenting adults can engage in private sex acts with one another without government punishment. It is unconstitutional to restrict such rights of consenting adults. If someone was prosecuted for one of these crimes in NC, we believe that that person would likely prevail on appeal once the issue is decided by the higher courts. We think that the law would eventually be struck down as unconstitutional. However, NC appellate courts have yet to consider the constitutionality of these crimes, so this crime is technically still on the books and is still illegal in North Carolina.

Incest is illegal in North Carolina. It is governed by N.C.G.S. 14-178(a). It is punished as a Class F felony. A person is guilty of this offense if he or she has sexual intercourse with another person knowing of the familial relationship that they share with that person, if they have one of the following relationships:

Obviously, as you can see, it is not illegal to have sex with a first cousin in North Carolina.

Incest crimes are further broken down and are much more serious when one of the parties is under the age of 16.

If a person marries another person in NC while still in a valid marriage, the new marriage is illegal. The party will be punished and the marriage will be invalid.

Even if another state allowed bigamous marriage, it would still be illegal for the couple (of the subsequent marriage) to cohabite in the state of North Carolina.

This crime does not apply if the spouse is deceased or if the couple is divorced or separated.

Anyone who aids or abets this crime will also be guilty of a Class I felony.

This crime is governed by N.C.G.S. 14-184. It makes it illegal for a man and woman who are not married to one another to “lewdly and lasciviously” cohabitate with one another. To meet the elements of cohabitating in this context, they must have habitual sexual intercourse. It does not matter whether the man or the woman is married to another person or not. This is a Class 2 misdemeanor.

Again, as we explained above, the constitutionality of this offense is questionable. We believe, in light of recent Supreme Court decisions, this crime would be deemed to be unconstitutional if decided by the NC appellate Courts. But for now, this act is still criminalized in North Carolina.

Opposite Sexes Occupying a Hotel Room for Immoral Purposes

If you have been charged with a crime in North or South Carolina, call today to speak with a criminal defense attorney.