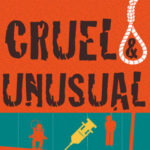 We have all heard this term. In North Carolina, individuals enjoy protections against cruel and unusual punishment both at the State and Federal levels. This means that both Constitutions guarantee proportionality in sentencing.

The Eighth Amendment to the United States Constitution provides that “excessive bail shall not be required, nor excessive fines imposed, nor cruel and unusual punishments inflicted.” Similarly, article I, section 27 of the North Carolina Constitution prohibits cruel or unusual punishment. Let’s break this down a bit and discuss what courts have declared this to mean.

As mentioned above, the Eight Amendment guarantees proportionality in sentencing. The U.S. Supreme Court has held that the Eight Amendment is only violated when a comparison between the gravity of the offense and the severity of the sentence is grossly disproportionate. In such cases, the court must review both sentences received within the state and in others states for more and less serious crimes.

Obviously, this is the most extreme punishment that we have in the United States. As you have probably gathered, the Supreme Court has ruled that the death penalty does not, per se, violate the Eighth Amendment’s ban on cruel and unusual punishment. However, it must be proportionate to the crime and many factors are considered. Further, under the Eighth Amendment, certain groups of people cannot be executed, including all juvenile offenders (under 18 at the time of the offense) and profoundly mentally handicapped individuals. North Carolina prohibits the execution of “insane” defendants.

Click here to read more about the death penalty in North Carolina.

Drug trafficking penalties are some of the most severe penalties for criminal charges in North Carolina. You can read more about drug trafficking in North Carolina here. As such, drug trafficking has been the subject of Eighth Amendment challenges. However, none of these challenges have succeeded on appeal. This means that, to date, NC courts have not yet found that the severe sentences for drug trafficking offenses are disproportionate to the crime. For example, the court has found that punishment of 35 years of imprisonment and $200,000 fine is not disproportionate to the crime of possession more than 10,000 pounds of marijuana.

If you have been charged with a state or federal crime in North Carolina or South Carolina, you should contact a criminal defense lawyer to discuss your options.