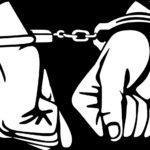 The judicial system is one of the backbones of the society that we live in.  As such, most states have laws that are written and designed to make the judicial process as free from interference as possible. Criminal law in the state of North Carolina is no exception. Any criminal lawyer will tell you that with criminal trials, the focus is on the witnesses and what evidence that witness can introduce against the defendant.  Also, in the state of North Carolina, when it comes to Superior Court, which is mostly for felony criminal trials, a big focus is on the make-up and the fairness of the jury.

Harassment of and communication with jurors

Intimidating or interfering with witnesses

As you can see from the above stated information, these charges are both felonies.  In North Carolina, felonies have serious consequences, as stated in the North Carolina Sentencing Guidelines.  Often, criminal defendants want to take matters into their own hands by convincing someone not to testify against them or not to show up to court.  This is something that can lead to more trouble for the defendant than he was previously in.  This is one of the many reasons that it is in your best interest to hire a criminal defense lawyer, when facing a criminal charge.