The Right to Confront Your Accusers

The Right to Confront Your Accusers 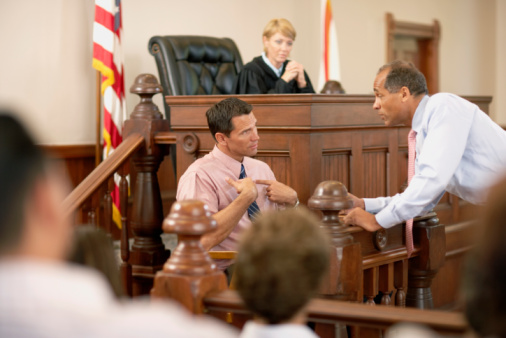 One of the most important provisions is the Sixth Amendment is known as the Confrontation Clause, which is the right to confront all the witnesses against you.  The right to confront your accusers may sound simple, but it is a very complicated area of law that we will try to provide some insight on.  It would be impossible to completely explain this in just a few words so beware, this blog would be a very poor substitute for the advice and counsel of a criminal defense lawyer.

What is the confrontation Clause?

There are many rights spelled out the Sixth Amendment including the right “to be confronted with the witnesses against him”.  In a trial setting this means that the defendant has the right to be present at trial and the right to cross examine any witnesses that are providing evidence against him.  The aim of this is to not allow a witness to only represent the side of the government in a prosecution.

This typically includes the alleged victim of the crime.  There is a presumption innocence in a criminal matter, therefore, to be fair to the defendant, he must have the opportunity to refute what the victim has accused him of.

Exceptions to the right of confrontation

Like almost every other rule of law, there are exceptions.  Depending on the facts and circumstances, the defendant will not always have opportunity to cross examine witnesses:

Sometimes statements that were made by someone while they were dying can be used against a defendant.  Obviously, the witness’s death would prevent the defendant from being able to cross examine him.

In 2004, the case of Crawford v. Washington held that testimonial evidence could not be used against a defendant in a criminal case if he or she would not have the opportunity to cross examine that witness. This covers audio recordings, video recordings and written statements.