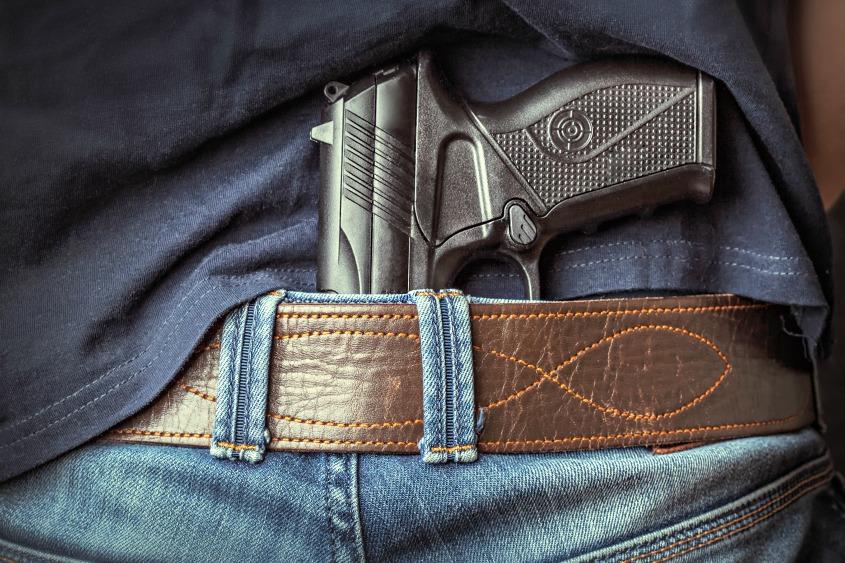 Carrying a concealed gun charge in North Carolina – Though the 2nd amendment is broad in scope and covers the right to gun ownership at federal level, every state has individual gun laws.  This includes different standards and laws for gun possession, gun ownership, and the discharge of firearms.

North Carolina has many gun laws, but in this blog, we will discuss one specifically – carrying a concealed gun.  Like all our blogs, this is intended for general informational purposes only and is not intended as a substitute for the advice and counsel of a criminal defense lawyer.

North Carolina General Statute 14-269 addresses carrying a concealed weapon.  A gun is just one of the weapons that this statute covers, but it can also refer to knives, brass knuckles, and several other items.

It is not generally against the law to possess or carry a gun in North Carolina. North Carolina is what is known as an open carry state, meaning you can have a gun on your person if it is out in the open. You can carry a concealed gun only if you have a concealed carry permit.

“Concealed” is the key word regarding this law.

What does “concealed” mean?

Concealed in this context means hidden from plain view in some way. If your gun is in a holster on the outside of your clothes for everyone to see, that will typically be okay as long as the gun is legally registered and legally owned.  If the gun is tucked away into your belt and covered by a jacket or some other item of clothing and is hidden away, that is typically going to be against the law if you don’t have a concealed carry permit. Of course, there are some exceptions that apply to certain people (law enforcement, military, etc.).

Additionally, if you legally own a gun and it is in the locked glove compartment of your car, and your car is locked, that will generally be ok.  However, if that same gun is in the door pocket of your vehicle, you may be charged with carrying a concealed gun.

What is the punishment for this crime?

This crime is generally punished as a Class 2 misdemeanor for the first offense, but additional charges of this crime after a prior conviction of the same can result in a Class H felony.  Additionally, if the gun is found to be stolen, then it is a possession of stolen gun charge, which is a Class H Felony. Also, in North Carolina, any person previously convicted of a felony who carries a gun will be charged with possession of a firearm by a convicted felon, which is a Class G felony.