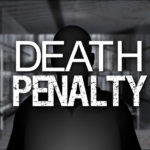 One of the most hotly debated topics in our society is the death penalty. A lot of people have expressed interest in this topic. As such, we have taken some time to break down capital punishment in North Carolina.

North Carolina is one of 31 states with a death penalty. As of 2015, there were approximately 150 men and women on death row. However, due to legal challenges, no executions have been carried out in North Carolina since 2006. More than 1,000 people have been sent to North Carolina’s death row since 1910. According to http://northcarolinahistory.org/encyclopedia/capital-punishment/ , North Carolina ranks fifth in the nation for the use of capital punishment.

Lethal injection is the only legal method of exaction in the state of North Carolina. However, one should note that hanging and electrocution are still legal methods of execution in other states, meaning that the US Supreme Court has not yet found that those methods violate the Eight Amendment’s ban on cruel and unusual punishment (read more about the Eight Amendment here.)

What crimes are eligible for capital punishment?

In North Carolina, first-degree murder is the only crime punishable by death. And there must be a finding of an aggravating factor, which we will discuss below.

Who decides whether or not to impose capital punishment in North Carolina?

If there is a hung jury, a sentence of life without the possibility of parole is imposed. There will not be a re-trial with regard to the death penalty phase. Also note that the judgment of conviction and sentence of death shall be subject to automatic review by the Supreme Court of North Carolina.

The jurors will consider aggravating and mitigating factors and balance the two. We discuss the aggravating factors below. In order for jurors to vote in favor of recommending a death sentence the following should be true:

The aggravating factors to consider are as follows: