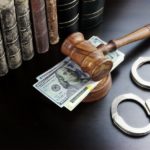 When someone is involved in a criminal matter or has been charged with a crime, one of the first priorities is getting that person out of jail, if at all possible. We often get calls from people asking how they can bail out a loved one. Bail bond procedures are not something that the general public deals with on a regular basis, so we will try to shed some light on this topic.

Under South Carolina criminal law, there are specific steps that are taken when someone is arrested. There are bail bond procedures to determine if and when that person is released prior to trial.  Though there are some differences between the words bail and bond, in this Blog the terms will often be used synonymously.

First, someone is arrested, either they are arrested through the execution of an arrest warrant or they are arrested using the probable cause standard. Either way, when someone is arrested in South Carolina, they are very quickly taken before a magistrate to address whether they will be immediately released or what conditions will need to be met in order for them to be released. This is known as setting bail.  Magistrates typically make a determination based primarily on the alleged crime the person has committed.

Bond hearing before a judge

In addition to the initial hearing before the magistrate, a defendant can get another bond hearing before a judge. The judge has the ability to reduce the bond that was set, leave the bond the same or actually raise the bond.  This is not something that is triggered automatically but a South Carolina criminal defense lawyer will be able to arrange it once they are hired.

Role of a Bondsman

When a surety bond is required, the defendant may not necessarily have all the funds necessary to post in order to get of jail, and that is when a bondsman comes in.  A bondsman posts the full amount that is required by the court. In exchange, the bondsman charges the defendant a non-refundable fee. A non-refundable fee is some percentage (usually between 10-15) of the total amount of the bond.  For example: the bond is set at $10,000. A bondsman may charge you $1,000 to post the entire bond for you.  If you make all of your appearances, the bondsman gets his $10,000 back, but you as the defendant will not get any money back.

In addition to the dollar amount that has to be paid, there may be additional terms that must be adhered to. This can include travel restrictions, electronic monitoring, and other possible consequences.