Arrestees – DNA and Other Physical Evidence and the Fourth Amendment

Arrestees – DNA and Other Physical Evidence and the Fourth Amendment 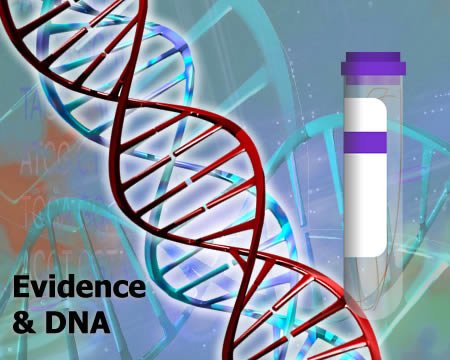 We have written several blogs on the Fourth Amendment, which protects people from unreasonable search and seizures (click here, here, or here to learn more.) This blog takes this subject a step further. It discusses the rights (or lack thereof) of people who have been arrested for a crime. Specifically, it focuses on searches that involve collecting physical evidence from arrestees such as DNA or fingerprints.

Please note that this blog examines the standard for these searches as they related to arrestees. In other cases, police may be able to get a warrant, based on probable cause if they have certain individualized suspicion regarding a person’s involvement in criminal activity.

Unreasonable Violation of a Person’s Reasonable Expectation of Privacy

Next, a violation of this expectation of privacy must take place. The Supreme Court has found that minimally intrusive practices do not violate the Fourth Amendmetn. Let’s take a look at some specific pieces of physical evidence.

Yes. Police can fingerprint arrestees as part of the booking process. This is not deemed to be a violation of the Fourth Amendment.

DNA – when can the government require that you submit a DNA sample?

Sometimes. Sometimes police can get a DNA sample from a criminal defendant for identification purposes.

After arrest, as part of the booking process, police sometimes collect DNA. This is typically done by collecting a check swap, formally known as a “buccal swap”. The Supreme Court has said that it is lawful for states to take DNA samples in certain cases. Taking DNA from a criminal defendant is only allowed when an arrestee is being booked for a serious or major crime. Some examples of serious crimes may include rape, robbery, or murder. Some examples of crimes that would not be major enough to allow for a warrantless DNA sample include larceny or trespass.

Blood – when can the government take a blood sample against your will?

As noted in a previous blog, exigent circumstances are an exception to the Fourth Amendment’s warrant requirement. Exigent Circumstances refer to situations that demand unusual or immediate action, and this allows officers to circumvent usual procedures, such as obtaining a warrant.

In the case of a nonconsensual blood draw, exigent circumstances could justify a warrantless, nonconsensual blood draw. Whether or not sufficient exigent circumstance exists will be a matter that the court decides. Typically, this will be decided by a judge in a motion to suppress hearing. A court will analyze this matter under the totality of the circumstances. Meaning, the judge will look at all of the factors, rather than one particular factor.

For example, the police may be able to successfully make an argument in favor of a warrantless blood draw in a case such as the following: A person is arrested for DWI. He has refused to take a breathalyzer test at the police station. The police must drive from the police station to the magistrate’s offices and then back to the hospital or facility in which the blood draw is to take place. However, given the distance, this would take a lot of time. Police argue that too much time will have elapsed, and the alcohol would have dissipated from the arrestee’s system by the time they are able to get the warrant and then draw the blood.

Note that if you consent to a blood draw, police do not need a warrant or exigent circumstances.

If you have been charged with a crime in North Carolina or South Carolina, contact a criminal defense lawyer to discuss your options.